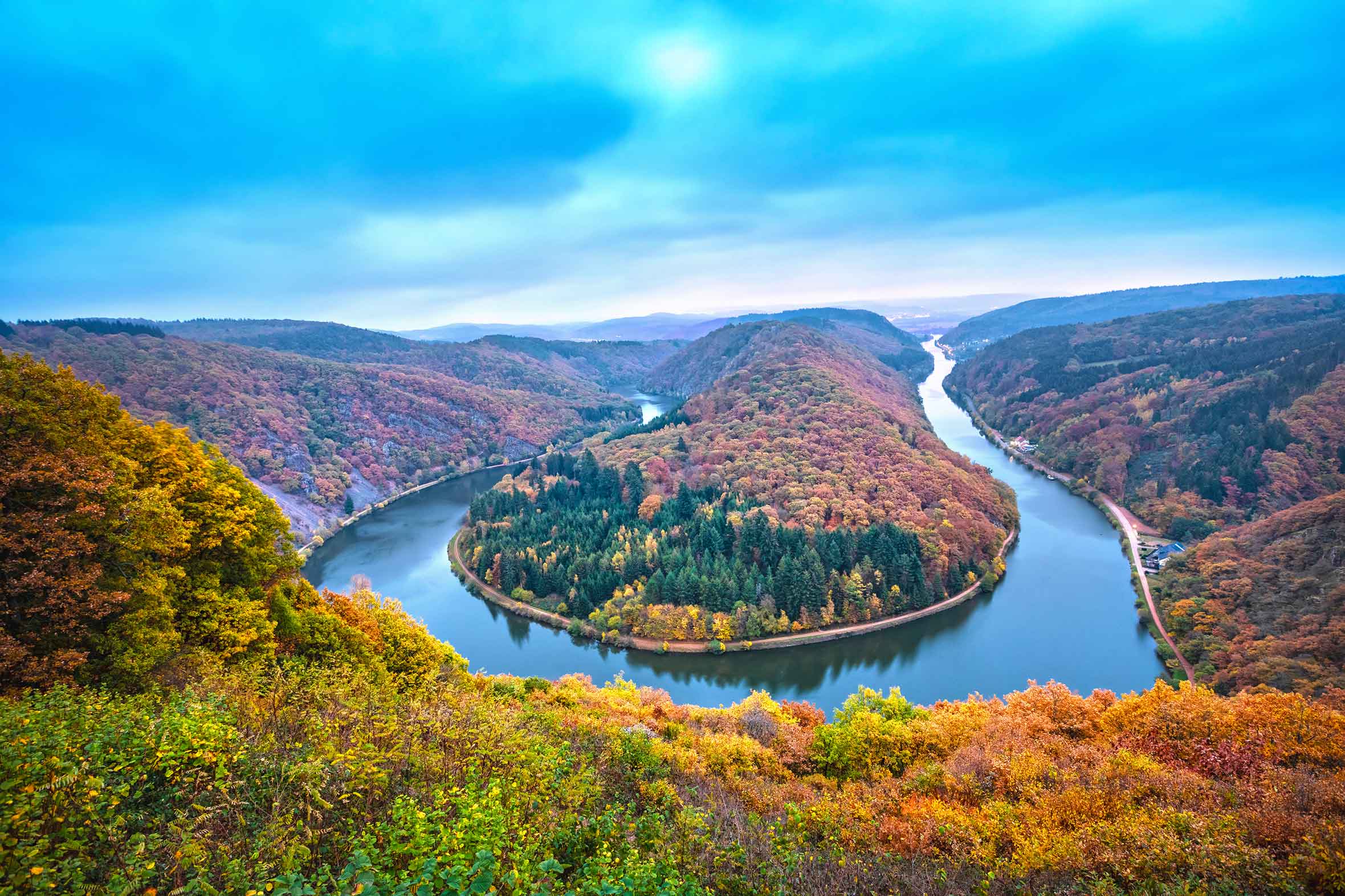 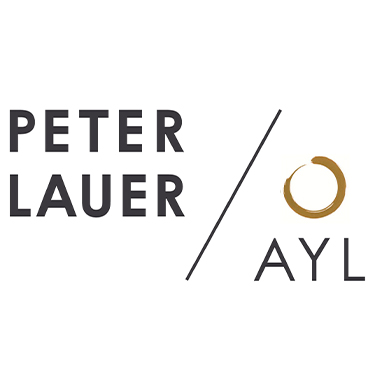 Wine estate Peter Lauer in Ayl on the river Saar

The almost 200-year-old Peter Lauer winery is located in the picturesque wine village of Ayl, not far from the world-famous Ayler Kupp vineyard. Today, the family-run winery is managed by the fifth generation of Florian Lauer and was the last VDP member to be admitted in 2013. 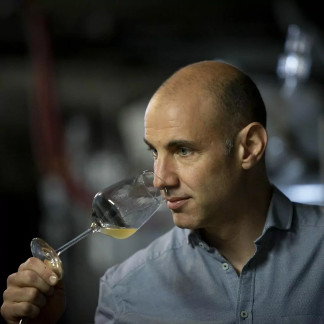 Since its beginnings in 1830, the winery has been located in the center of Ayl. Matthias Lauer, Florian Lauer's great-great-grandfather, married Matthias Könen's daughter in 1904, and shortly thereafter Peter Lauer I was born in 1906. His father Matthias then took over the business of his parents-in-law in 1913 and expanded it until shortly before the First World War. After the war, Peter Lauer I trained as a vine dresser and took over the business in 1938, shortly before the Second World War. Shortly after the end of the war, Peter Lauer II was born in 1949 and since then it has been a tradition in the family that the first-born male descendant bears the name Peter.

Steep slope vineyards around Ayl on the german river Saar

Today, the farm operates about 12 hectares of sloping vineyards around Ayl. The best known of these is the Ayler Kupp, an old Saar hill, which with its perfect southern exposure and finely eroded blue shale soils produces complex Riesling wines with exotic fruit aromas. In addition, after joining the company in 2005, Florian Lauer painstakingly brought back into cultivation a 100-year-old vineyard in the Schonfels area. This impressive vineyard is located on a steep, barren rocky slope overlooking the Saar River and produces one of Germany's most expressive and fascinating grands crus every year. Finally, the Lauers also own a parcel in the Feils vineyard.

100% Riesling according to sustainable agriculture

The winery Peter Lauer has always relied 100% on Riesling in slate steep slopes. These are cultivated according to organic farming methods.

However, Florian Lauer does not strive for certification, as he strictly rejects the use of copper, as the heavy metal accumulates in the soil over years and severely impairs biodiversity and soil life there.

Therefore, the winery also completely refrains from spraying insecticides and herbicides and fertilizes its vineyards exclusively with fresh cow and horse manure from the nearby Ayl stables.

During the grape harvest, the grapes from the individual plots are strictly separated and harvested by hand before they are crushed in the winery for a longer or shorter period, depending on the vintage, and then gently pressed.

The vineyards of Peter Lauer

Single vineyard site (also called Saarfeilser) in the municipality of Schoden (Saar region) in the German wine-growing region of Mosel. The name refers to an image of the Virgin Mary that used to be there. The vineyard is oriented from south-east to south-south-east, borders directly on the Saar and has a slope of 30-40%. It comprises 3.3 hectares of vineyards on grey slate soil. Mainly Riesling is grown here. The Nik Weis - St. Urbans-Hof winery, for example, owns a share of this site.

As it faces completely south, it is one of the warmest sites in the Saarland.
The recent form of the river has cut into its old bed, creating the steep slope of Saarfeils. The vines root deeply and vertically in the relatively light, sandy soil towards the groundwater. The gravelly mixture of young river sediments (gravel) and old slate rock gives the wines their special character.

Even in their youth, the wines are easily accessible and are increasingly encountered in the fruity and delicately bitter flavours. All wines from this vineyard bear the short but distinctive name "Saarfeilser".

The world-renowned single vineyard Ayl Kupp is spread over several steep vineyards around the Saar wine village of Ayl. The slopes have orientations generally to the east, south and west. The soils are deep and consist of gray to red slate soils on the surface. In the subsoil there are mainly gray and blue slate soils. The slopes of the Kupp are stony and have a high gravel content in places. Together with the climatic conditions, high wine qualities can be produced there year after year. The 68-hectare site lies at altitudes of 150-240 meters above sea level and is mostly oriented towards the south/southwest. The vineyard site is divided into 4 different locations, which are arranged separately from each other around the village of Ayl. The slopes range from 20-60%, depending on the location.
The soils of the Ayl Kupp consist of different colored Devonian slate weathering. Thus one finds blue-grey, but also reddish slate rock. The soils are also very rich in skeletons and here and there interspersed with gravel.
The wines of the Ayl Kupp impress with their taut acidity as well as their immensely dense nature. In cool years, the best sweet wines of the Saar ripen here. The relatively high acidity allows these wines to age wonderfully and ensures drinking pleasure even after several years in the bottle. The quality of the wines was already known to many wine drinkers in the mid-19th century, so that wines from the Ayl Kupp could even compete in price with growths from Bordeaux and Burgundy! 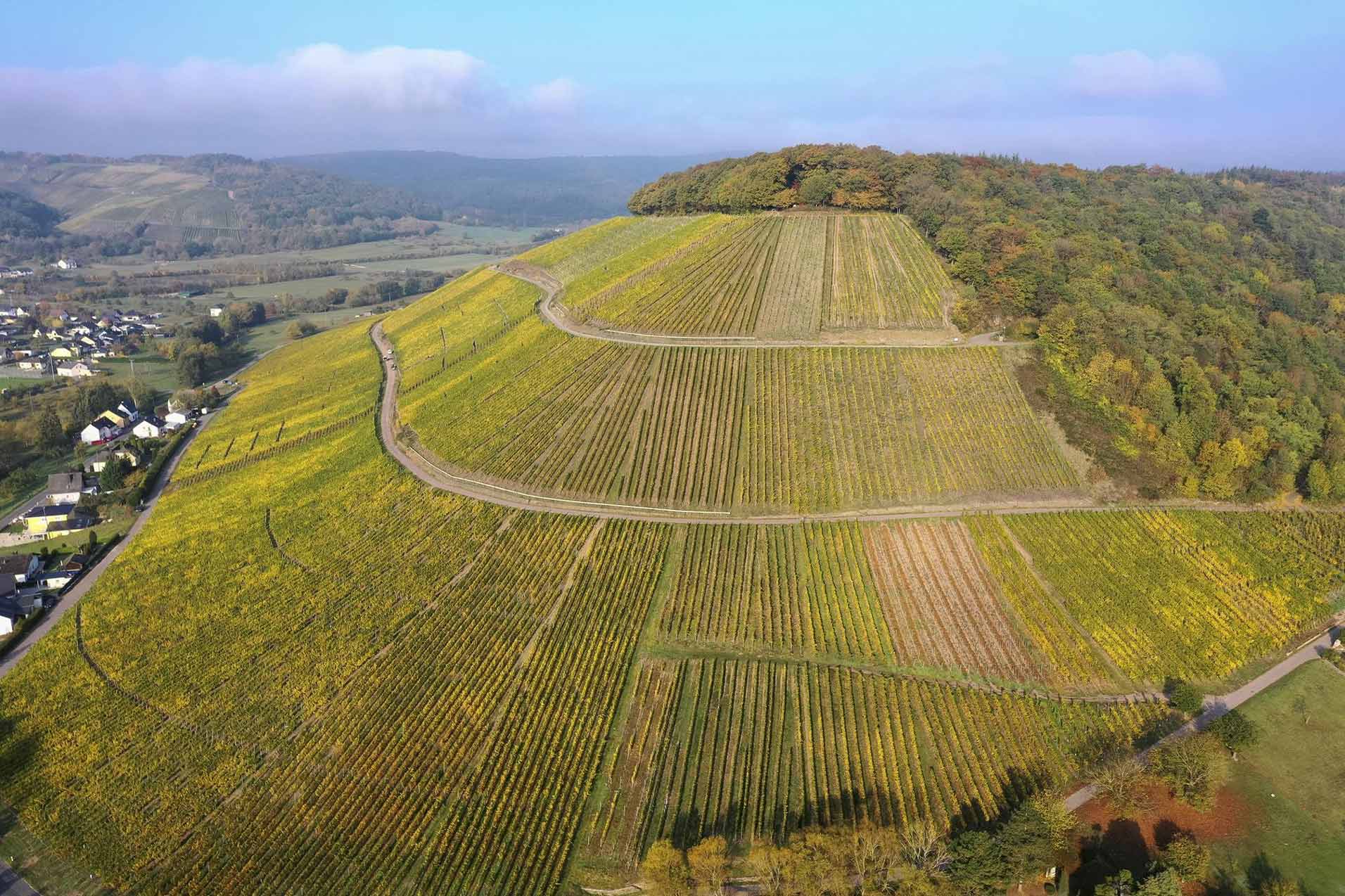 The typical character of the wines

The Peter Lauer winery is unique in that its wines are bottled in barrels and each barrel is identified by a number on the label. This practice dates back to the founder of the estate, Peter Lauer I, who, unspectacularly at first, also numbered his barrels in the cellar, like most winemakers. However, he had the revolutionary idea of fermenting the musts from the different parcels in the same wooden barrel each year. Since natural yeasts can overwinter in the open pores of the wood, a specific yeast culture was developed after years of repetition in each wooden barrel.

This culture is specifically adapted to each wine, for example, it is particularly tolerant of alcohol and is therefore ideal for the production of dry wines.  This has the invaluable advantage for our customers that each Lauer cask is absolutely comparable from a stylistic point of view, vintage after vintage. Here is a brief example: barrel 25 is always the local dry wine with smoky mineral notes and a delicate melting, barrel 4 is always the delicious pleasure wine with a fine bitterness, accessible earlier, etc.

The wine collection from Peter Lauer

The wine collection of the Peter Lauer estate is simply divided into three levels: the entry level with the light Saar Rieslings for everyday enjoyment, the local wine segment with the typical elegant Lauer wines from the old slate vineyards of Ayl and finally the particularly expressive Rieslings from the "grands crus" Kupp, Schonfels and Saarfeilser (all VDP. GROSSE LAGEN) from the best plots of old vines (sometimes 100 years old), harvested with late harvest and carefully selected. 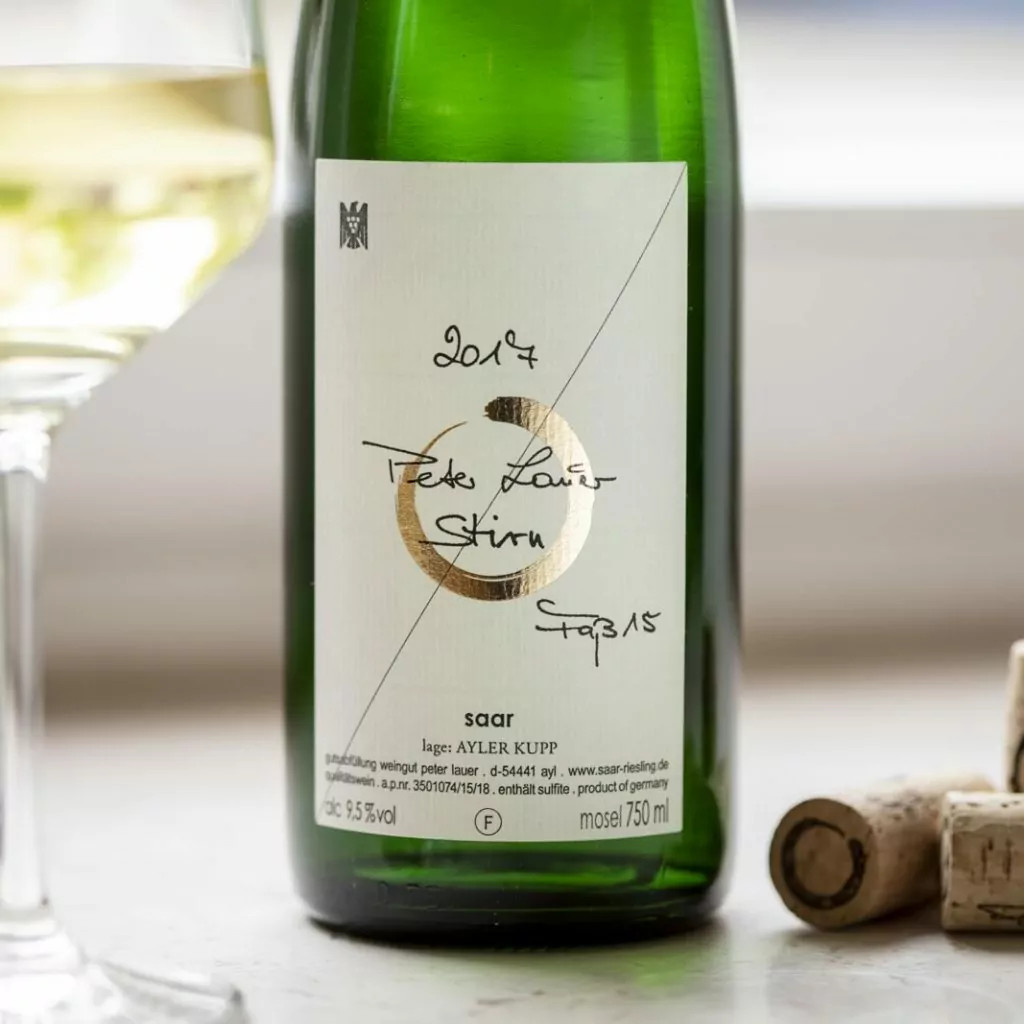 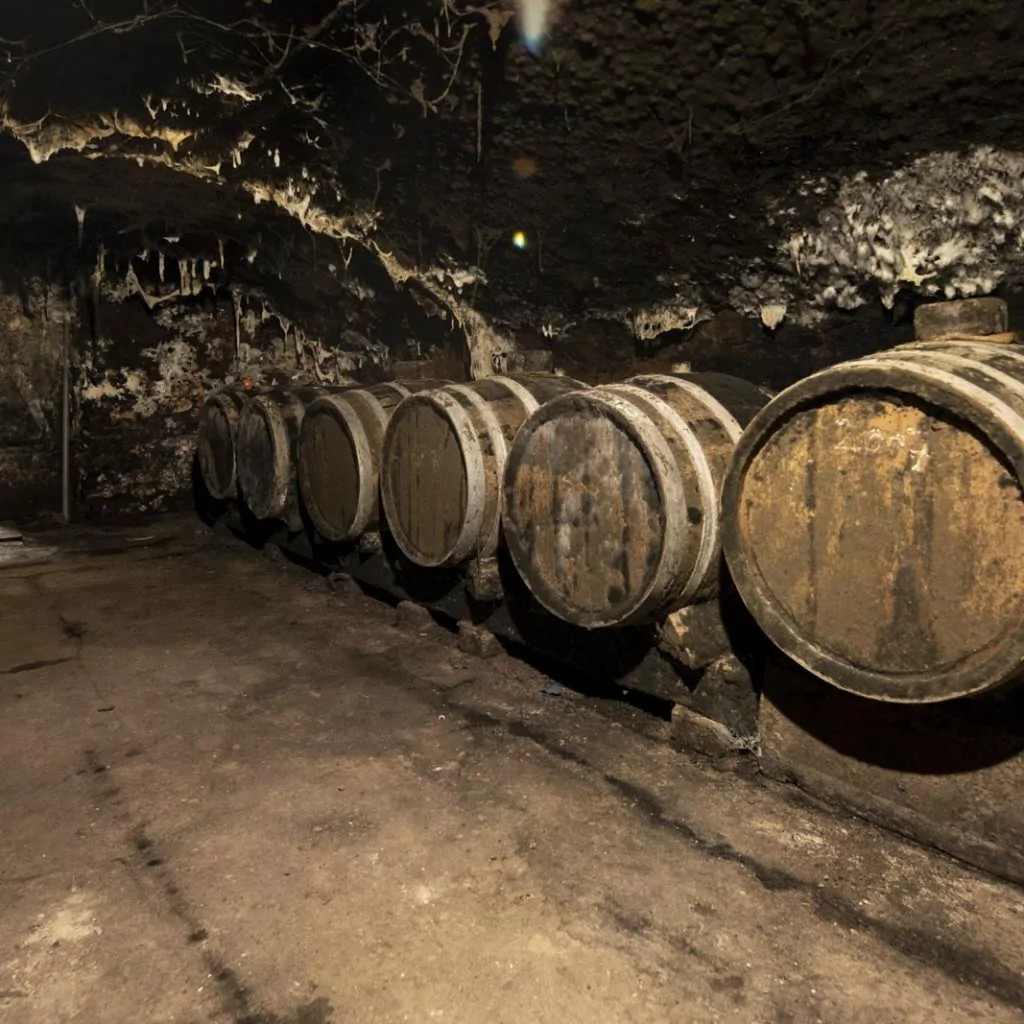 The style of the wines

Peter Lauer's wine style can be described as expressive, mineral and sometimes extreme. The full-bodied and aromatic estate Rieslings form the basis of the Lauer portfolio, followed by mineral and expressive local wines and, at the top, by demanding terroir wines from Grand Cru vineyards with great maturity potential, some of which are over 100 years old.

Florian Lauer's dry and semi-dry wines are references in the region. His pre-dry and especially his auction wines are often jewels on the verge of perfection, with sometimes razor-sharp acidity and explosive aromas that are a real firework for the palate.

The grapes are selected without compromise in order to achieve the different levels of quality: Healthy, barely ripe grapes with crisp acidity for Kabinett, healthy, overripe, golden berries for Spätlese (late harvest), overripe berries with botrytis for Auslese (selections), 100% noble rot grapes for the Beerenauslese (berry selections) as well as 100% noble rot grapes with a high degree of rosiness for the Trockenbeerenauslese (dry berry selections). This strengthens the profile of the different prediction levels and makes them clearly understandable.

Awards from  the press and wine guides